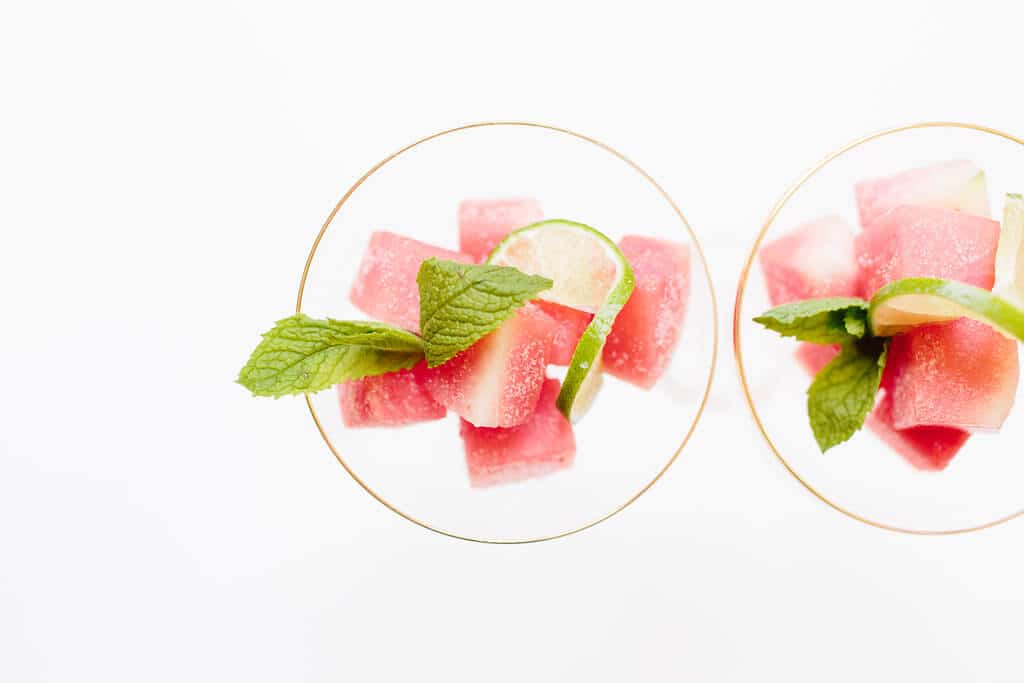 We’re doing one last summery recipe post because it’s still technically summer for a couple more weeks! And it definitely doesn’t feel like fall yet in the Bay Area.

Freezing watermelon makes it even more crisp and refreshing than its usual unfrozen self! This recipe takes hardly any time at all, and you can serve up these frozen watermelon cubes in fun cocktail glasses for a fancy touch. Garnish with mint leaves and lime, then pour sparkling water, kombucha or even lemonade over top (and maybe even a splash of vodka?!). I kinda wanna turn these into frozen watermelon margaritas.

Cut around the rind and then discard the rind. A large, sharp knife is best here.

Cut your circle of cut watermelon into as large of a square as possible, and then cut that circle into a grid to create cubes. If you’d prefer round pieces of watermelon, you could also use a round ball scooper thingy (I believe that is the technical term) to make evenly proportioned, perfect round frozen watermelon balls.

Arrange the melon cubes on a baking sheet or in a container lined with parchment paper, and place in freezer. Leave in freezer for at least a few hours.

To serve, put a watermelon chunks in a cocktail glass, and top with your garnishes of choice. I like to add sparkling water, a mint leaf, and a slice of lime. You could even add some sugar or simple syrup if you wanted to make it even sweeter.

Mmm, this recipe is making me want to look into making other refreshing watermelon recipes— watermelon sorbet? Ice cream? Yum. My mom also loves making a frozen watermelon drink where she just puts her leftover watermelon into a large cup, and blends it with a handheld immersion blender. The blended watermelon fruit juice makes such a refreshing drink that really doesn’t need anything else added to it! 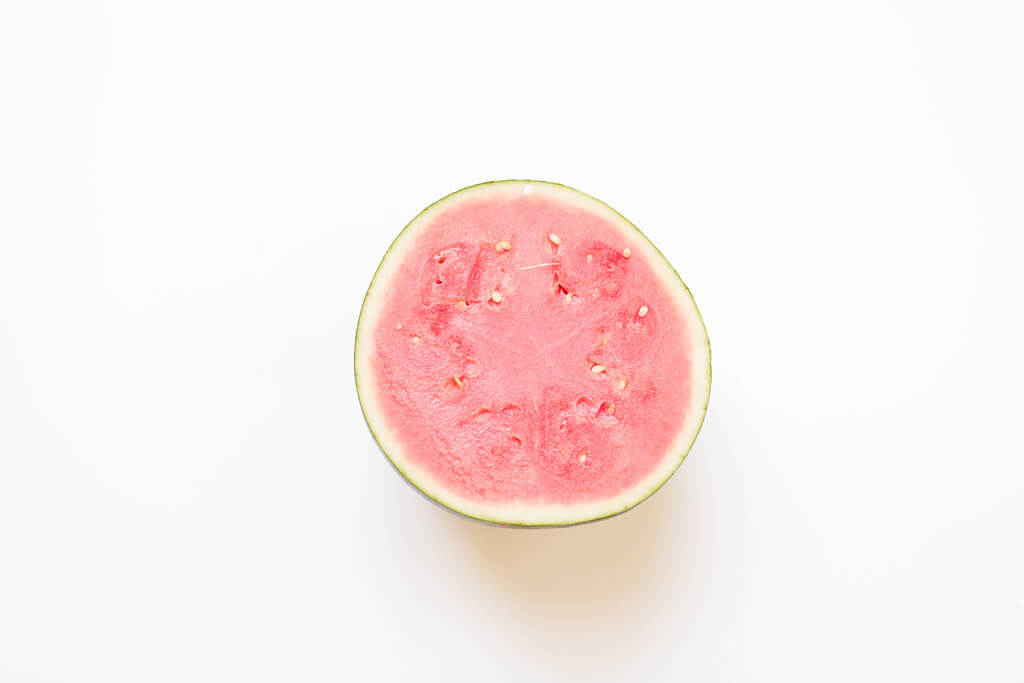 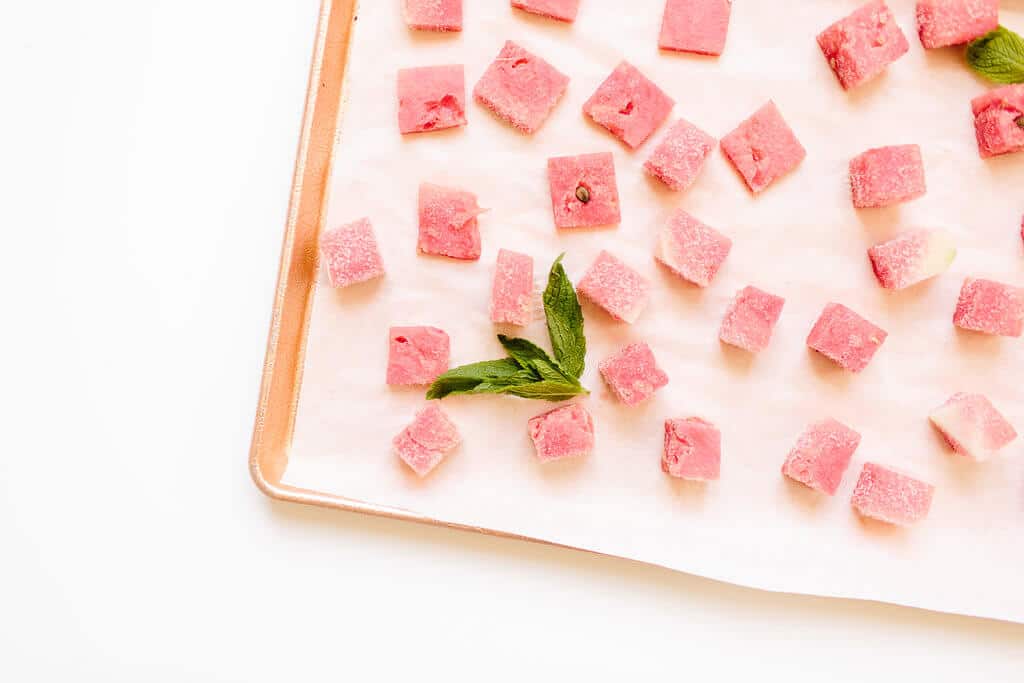 Looking for more delish and easy recipes? Be sure to check out my food section!