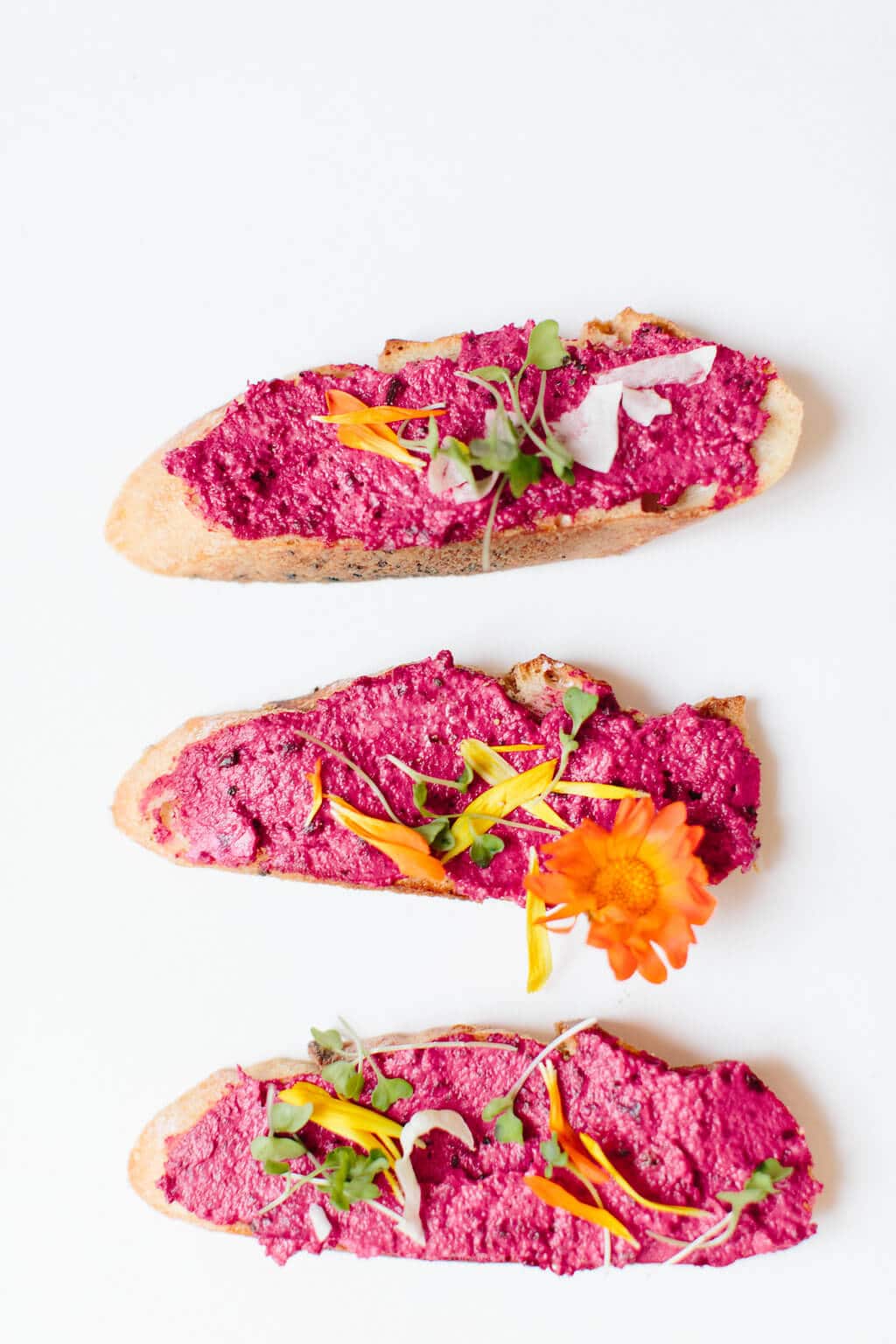 I used to really hate beets (because I thought they tasted like dirt #anyoneelse!?), but after spending some time on a foie gras farm in the French countryside—where I worked for my room/board and ate everything offered to me—I had my first beet salad and fell head over heels. It was so simple: beets, lemon juice, thinly sliced white onion, cracked pepper, and sea salt. It was delicious. And, I’ve discovered, a wonderful ingredient in a crostini recipe.

Perhaps it was my newly refined palate, or the freshness of the beet, but I now Iove them (I had this same experience with kiwis, too).

I like the earthy flavor and natural hot pink color. In all its colorful glory, this crostini recipe with beet + goat cheese is a showstopper.

Peel beets then slice into wedges.

Arrange on a foil-lined baking sheet and drizzle with olive oil and salt—toss to coat.

Put another piece of foil on top and seal the sides, creating a packet.

Bake for about 30 minutes, until they are tender enough to easily pierce with a fork. (If the beets aren’t quite tender enough, they will not puree in your food processor.)

Remove beets and transfer to a bowl.  Let cool.

Slice baguette into angled ½” slices then arrange on a baking sheet.  Drizzle each olive oil and sprinkle with sea salt.

Top each crostini with a tablespoon of the spread, and garnish with flower petals, a sprinkle of sea salt, and a tiny pinch of micro greens.

Note:  Be careful roasting beets—they can turn your fingers pink!

Note:  Though I recommend roasting the beets, you can use canned in a pinch (just strain them and pat dry, then continue with step 7). 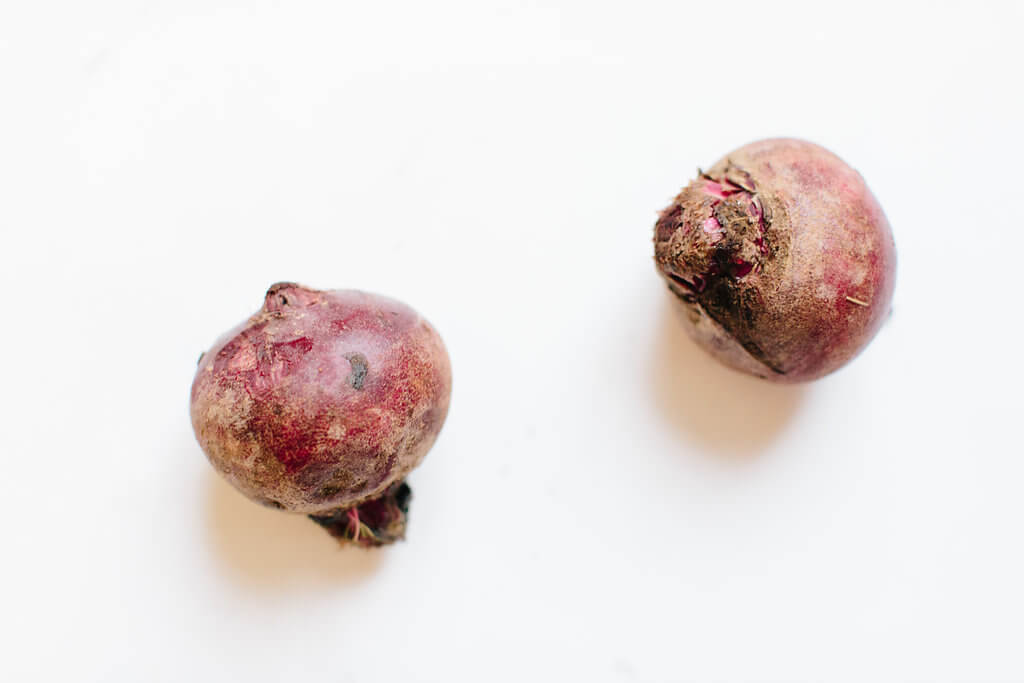 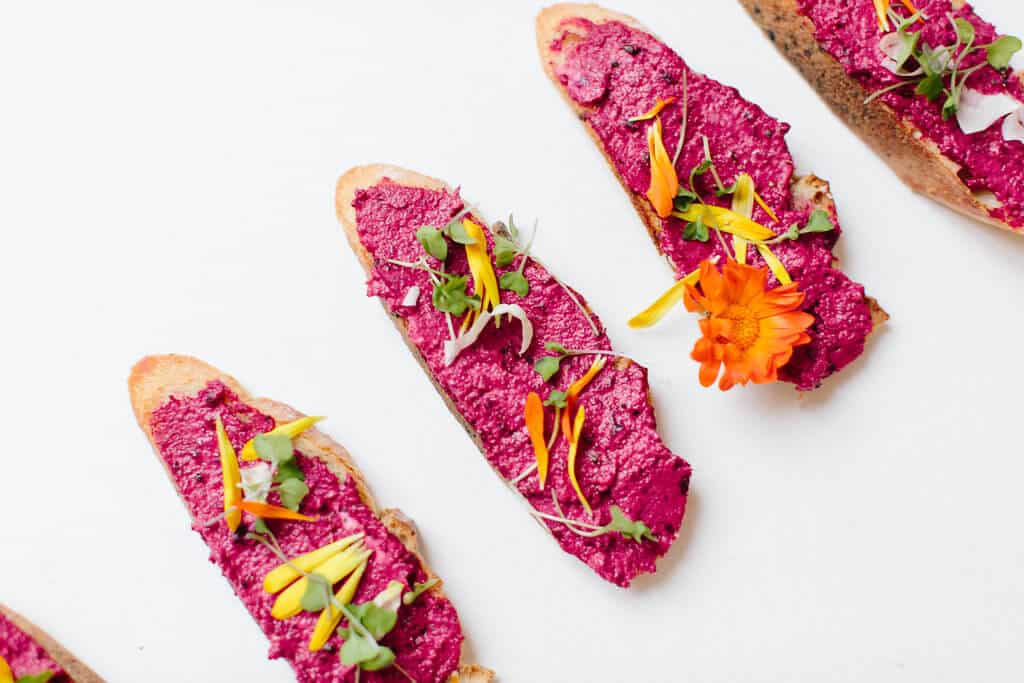 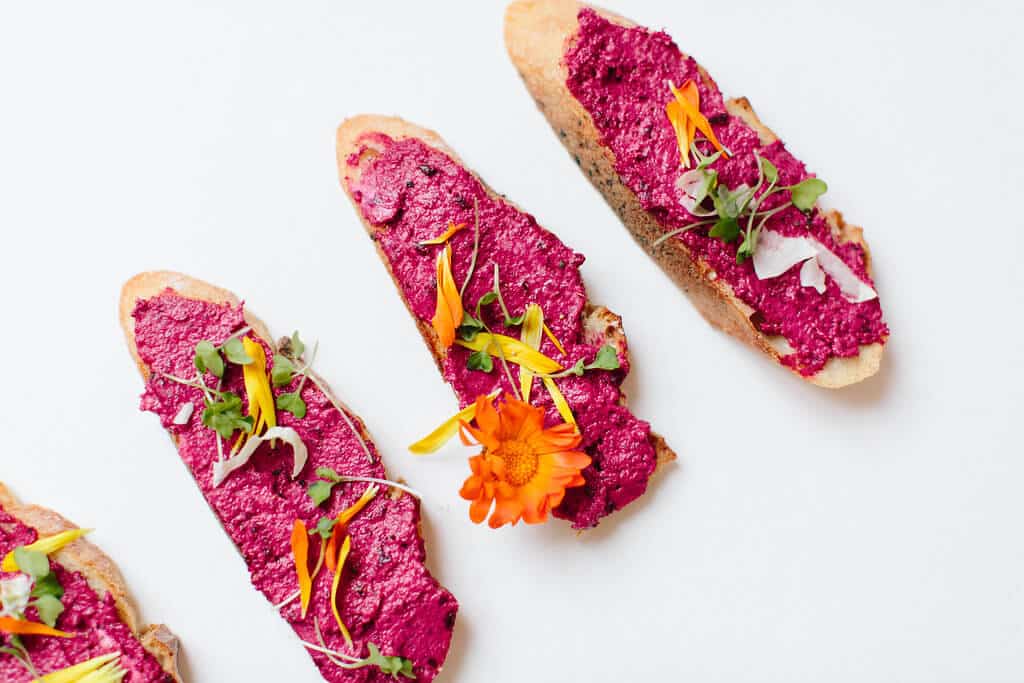 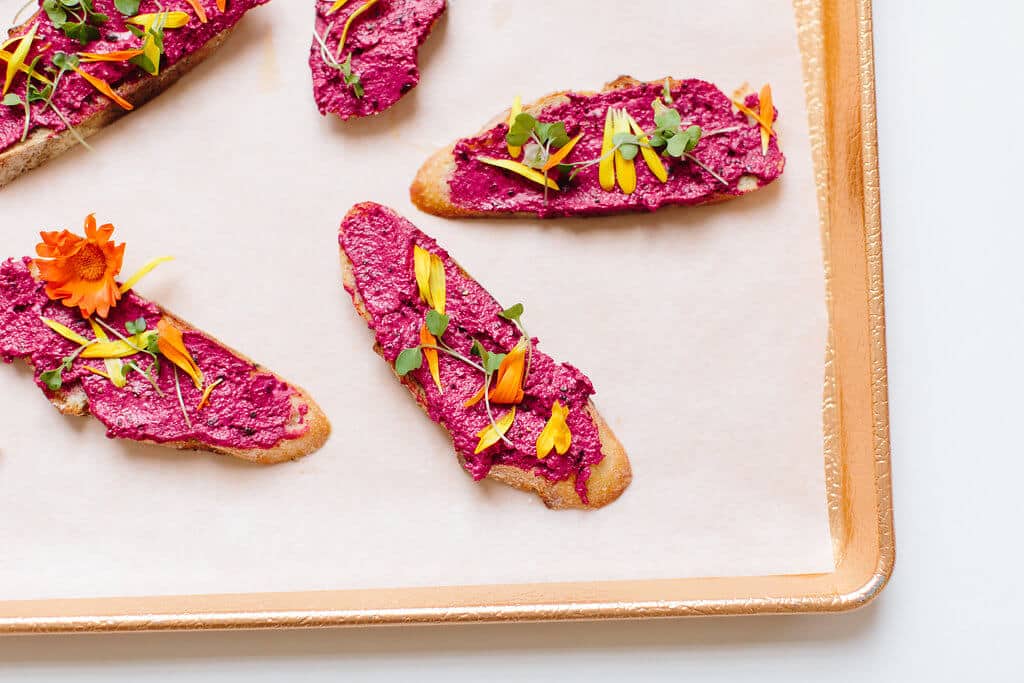 Love food? Me too. You can find more food posts here!