As I mentioned in this week’s outfit post, Omied proposed a couple weekends ago while we were in Napa celebrating our nine year anniversary! While I promise I won’t be turning WTFab into a wedding blog, I thought it’d be fun to share posts along the way while we’re planning, DIYing decor, and doing whatever else it is that bride-to-be’s do…starting with sharing our proposal story.
I thought we were heading to Santa Rosa (basically the poor man’s version of Napa–still cute and fun, but not nearly as bougie) to celebrate our anniversary weekend. Omied had even had the Hyatt in Santa Rosa send me a fake email confirmation, and he had made sure to mention several times during the weeks leading up to our weekend that he wanted to be sure to stop by Russian River, his favorite brewery. I don’t drink beer so I wasn’t ecstatic about spending an afternoon at a brewery when there was good wine to be drunk, but who am I to deprive the love of my life his favorite brews?
Omied offered to drive and after an hour of being in the car, I realized by way of Google Maps that we were still an hour away from Santa Rosa (which is curious, because Santa Rosa is only an hour away from San Francisco). When I asked him how that was possible, he declared happily that it was because we weren’t going to Santa Rosa, we were going to Napa! Woohoo! Anniversary celebration weekend, commence. 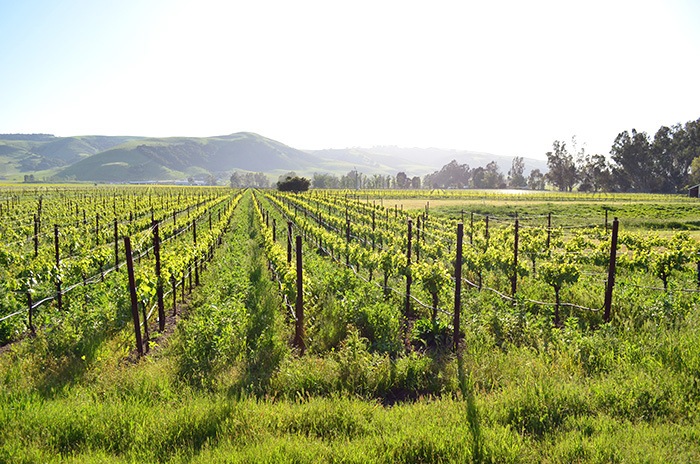 He had booked us a fancy-pants room at the Hyatt Andaz in downtown Napa. We checked in and then went out for a delicious dinner at Redd Wood. Omied then told me we needed to go to bed early, because we had an adventure starting at 5am in the morning. If you know me at all, you know that I am not a morning person, and don’t typically believe in 5am anything. But I figured if Omied was making me get up at that ungodly hour, it had to be for something good, even if he refused to tell me what it was. 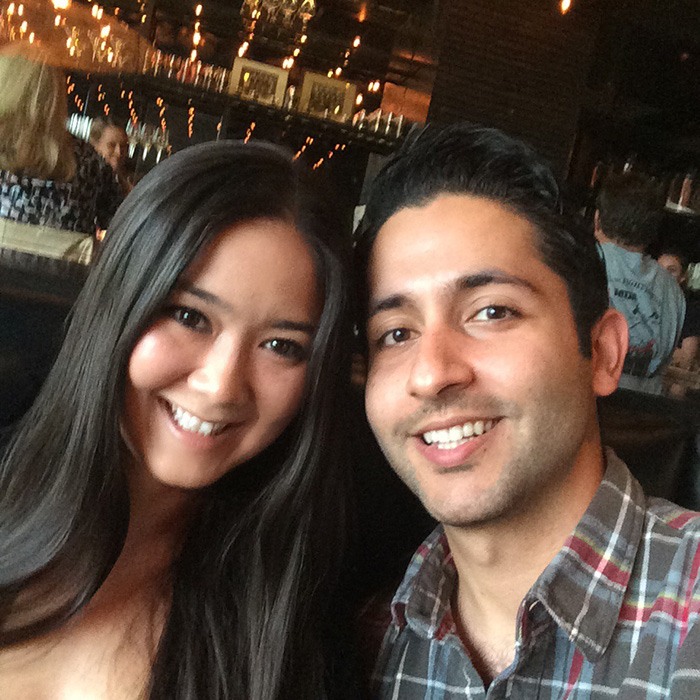 That morning I found out that Omied had booked us a hot air balloon ride over Napa! How romantic. Too bad it was so foggy that shortly after we arrived, the company announced they wouldn’t be able to fly that day. Boo. 🙁 We got back in the car and headed towards the hotel, but Omied decided to take a detour. We ended up driving through a couple of wineries, and pulling over to take a stroll through them. At this point it was around 7am, and there was no one around as far as the eye could see. After a few minutes of walking through these beautiful vineyards, Omied got down on one knee and proposed. I said yes. 🙂 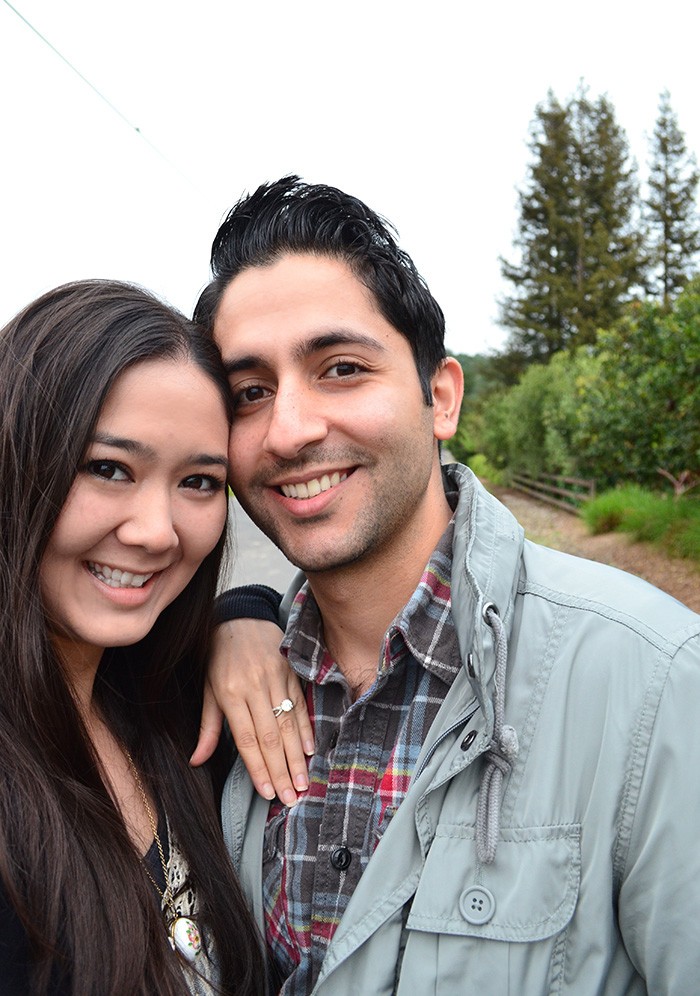 We headed back to the hotel to relax and let the morning’s events sink in. We went downstairs to the hotel’s restaurant for breakfast, and after we were seated Omied told me to look behind me. I turned and saw that both of our families were there! I was absolutely shocked, and it was such a happy moment. Omied had coordinated with them months in advance to make sure that weekend worked for everyone, and that they could all be there with us to celebrate after he asked me to marry him. It was so incredibly special to have them all there, and it made the proposal that much more amazing. Later I found out that my family had been staying at the same hotel, just four doors down! Omied had been texting my sister all weekend to let her know when we were arriving at the hotel, leaving for dinner, etc., so that they would know when they needed to be in their hotel room. We joked later about how funny (but kinda not so funny) it would have been if we ran into each other in the hallway before he had proposed.

We had breakfast with our families and took a bunch of pictures together. Then our families went off and did their own thing, and we went back to the room to relax a little bit. Poor Omied was a bit sleep deprived at that point—he was so nervous the night before and we got up so early that he only got a couple hours of sleep. 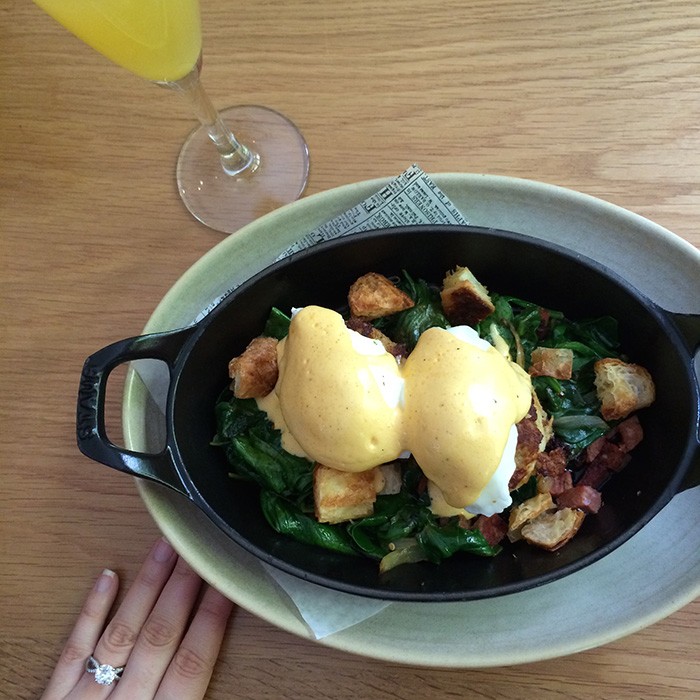 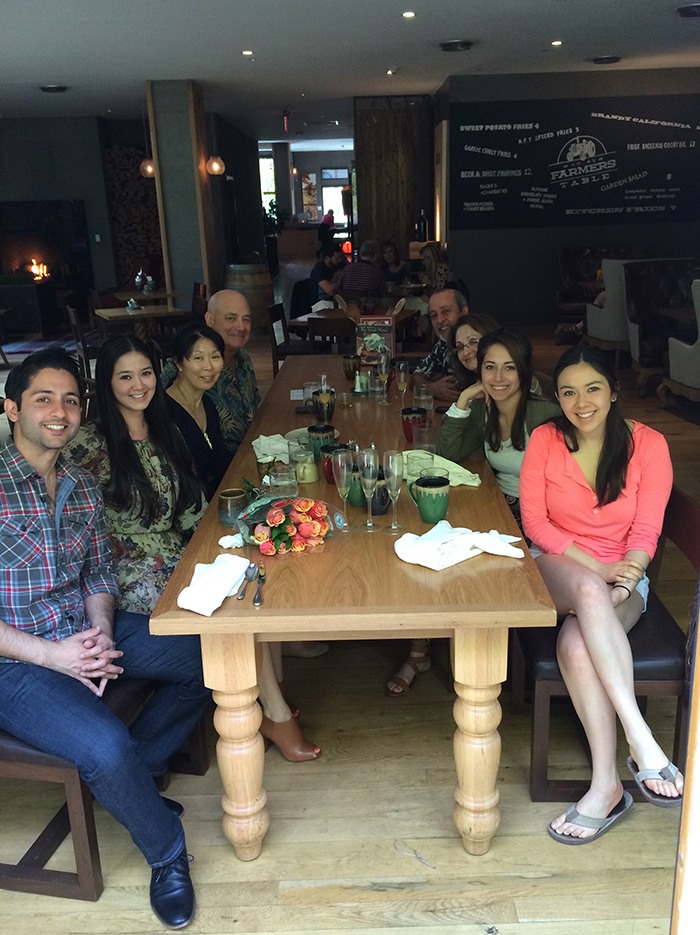 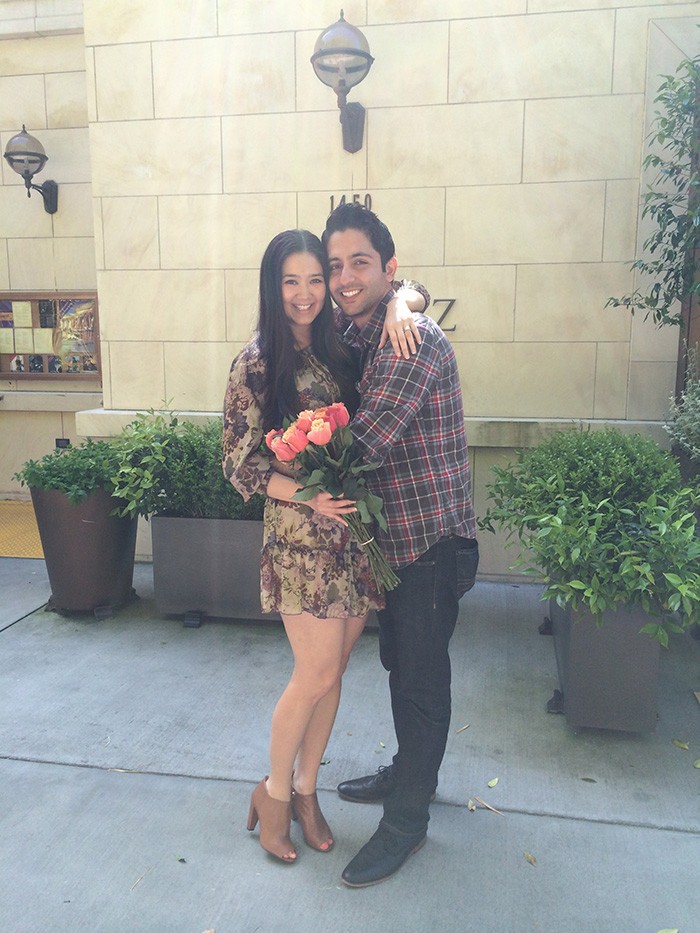 That evening we wandered around downtown Napa, stopping at a few spots for wine tasting, and then eventually made our way to Morimoto (yes, as in Iron Chef Morimoto’s restaurant), where we had dinner reservations. We had his eight course tasting menu, and it was one of the best meals of my life. Another sweet touch: the older couple sitting next to us overheard me talking about Omied’s wonderful proposal, and they ordered us a couple glasses of champagne. 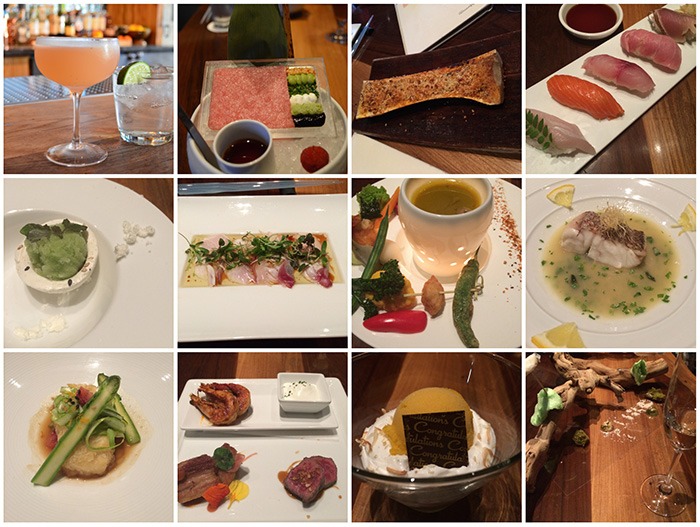 The next morning we had a luxurious breakfast in bed and then headed out for more wine tasting. We picked one of the wineries right next to where Omied proposed, called Signorello. We ended up spending most of the day there, enjoying their gorgeous views and their food and wine pairings. 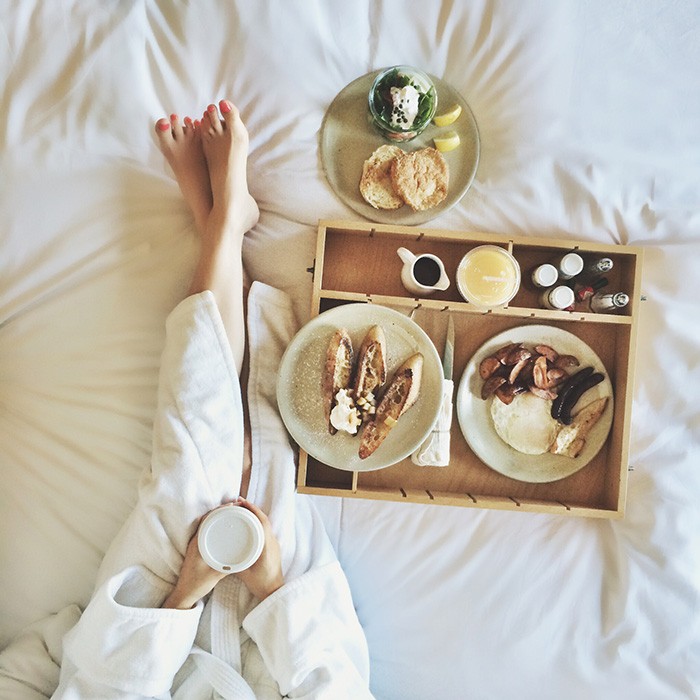 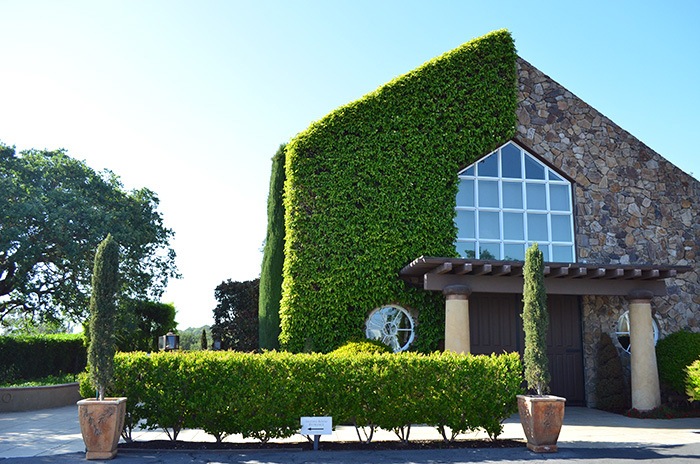 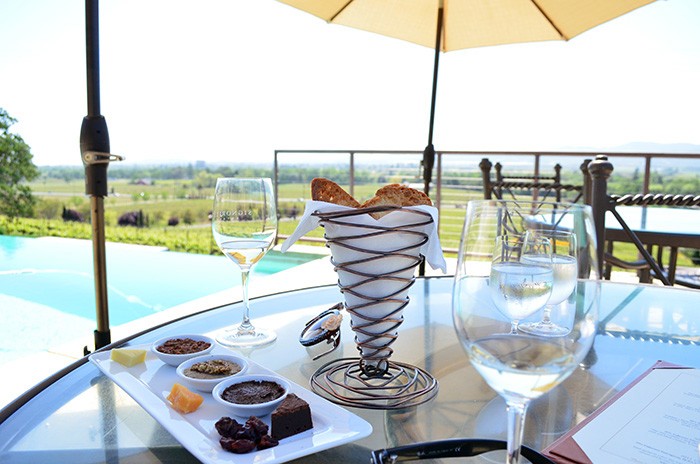 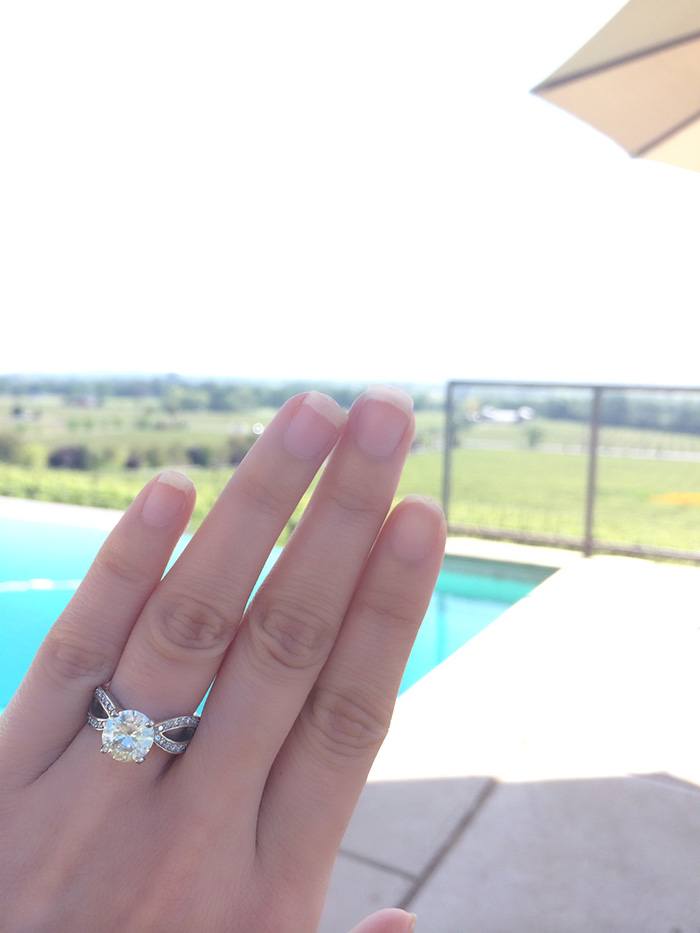