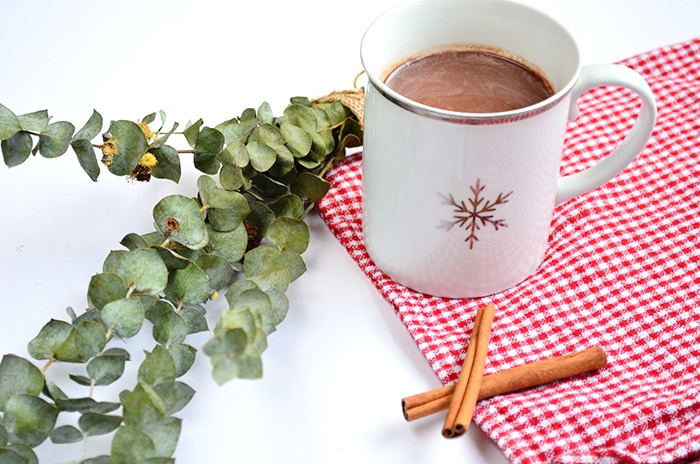 Today we’re making *spiked* Nutella Hot Chocolate! Oh my, were these good on a cold, rainy day. The fiancé  and I cozied up to a couple mugs of this deliciousness and settled in for a movie night, and it was kind of the best thing ever. Here’s the easy recipe so you can make some for yourself!
For the Spiked Nutella Hot Chocolate
1 1/2 cups milk
1/4 cup Nutella
1/8 teaspoon cinnamon
A pinch of salt
2 shots of Bailey’s (or any other choice liqueur)
For the Homemade Whipped Cream
1/2 pint heavy whipping cream
1 tablespoon confectioners (powdered) sugar (half this if you prefer less sweet)
1 teaspoon vanilla extract
For the hot chocolate: Warm (don’t boil) the milk on the stove in a small pot over medium heat. Whisk in the Nutella until it dissolves. Add cinnamon and salt. Pour into two mugs and add a shot of Bailey’s into each mug (or more, if you’re feeling particularly frisky).
For the whipped cream: I love making homemade whipped cream to go with any dessert—pies, ice cream, jello, you name it! It’s something my mom has always done since I was a kid, and after learning from the best, Cool Whip just ain’t gonna cut it for this girl. Fortunately, homemade whipped cream is super easy to make.
Using a hand mixer or Kitchenaid whisk (not paddle), whip the cream in a bowl until it starts to form peaks. Keep an eye on the cream—over mix and it will literally turn into butter. As the cream is starting to form peaks, add in powdered sugar and vanilla.
Add the whipped cream to your mugs. Garnish with a cinnamon stick and a sprinkle a little cinnamon on top. 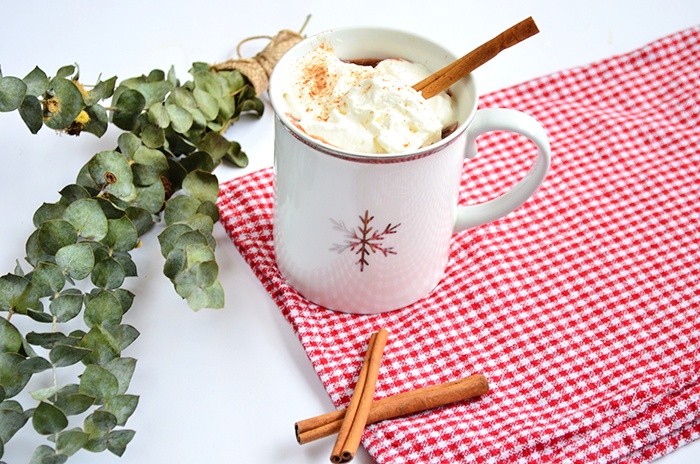 This hot chocolate is really rich and decadent—definitely a special treat! If you’re not in the mood for booze, it’s also delicious sans alcohol. Don’t worry, I taste tested both version for you. 😉 Enjoy!