January, where did you go?? Hard to believe that the first month of 2015 is already over. I spent January exploring New Orleans with their Tourism Board, visiting Austin, TX for our friends’ joint bachelor/bachelorette weekend, and ramping up in my new role at Google! It’s been busy and fun, to say the least. Captions read clockwise, starting in the upper left hand corner. Follow along on Instagram, here. 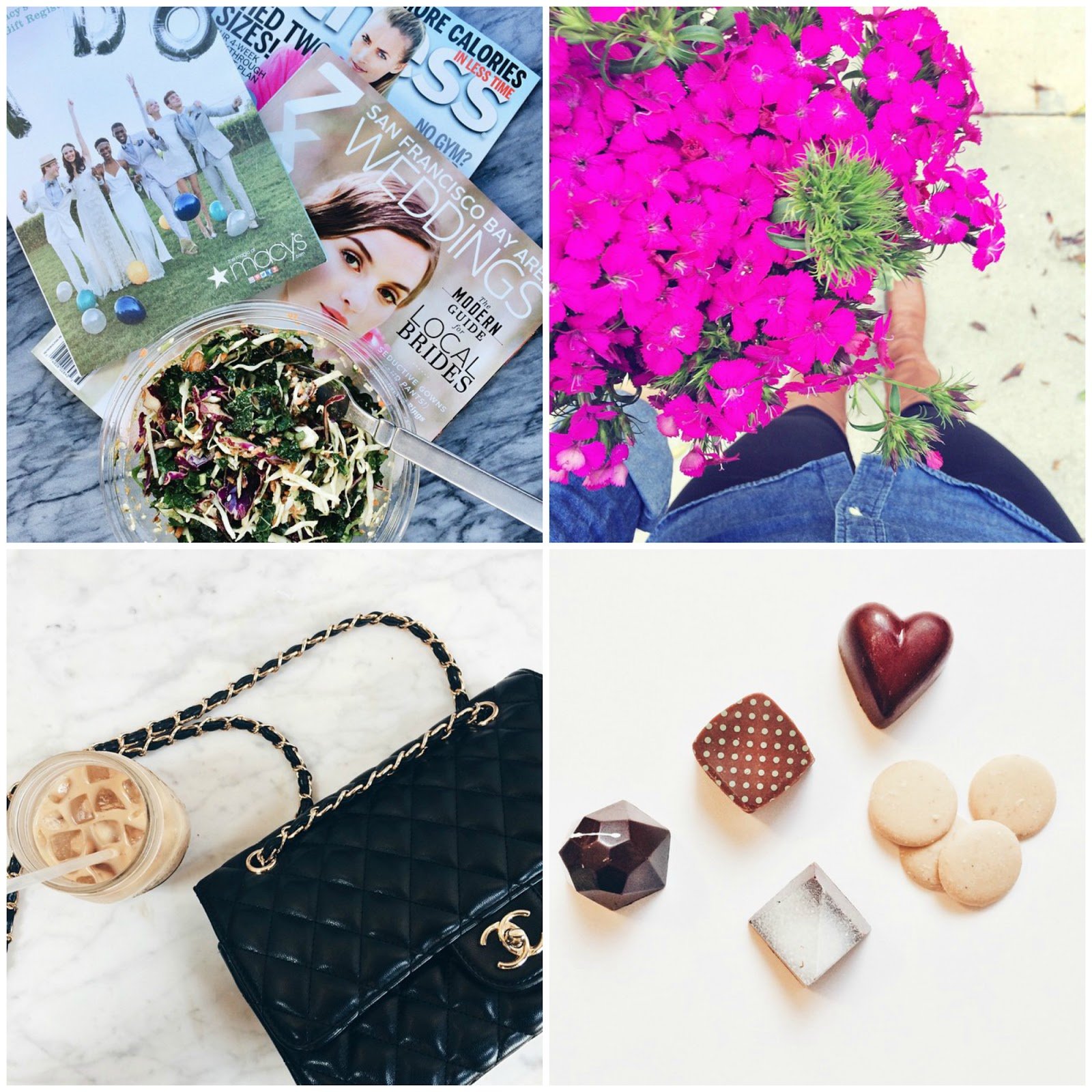 Did a metabolism cleanse with Urban Remedy to kick off the New Year. Read about it, here.
Bright flowers to liven up our desk. Shop the look here.
Caught up with a friend at The Mill. Such a cute little coffee spot in NOPA!
Chocolate tastings from a tour in the city. 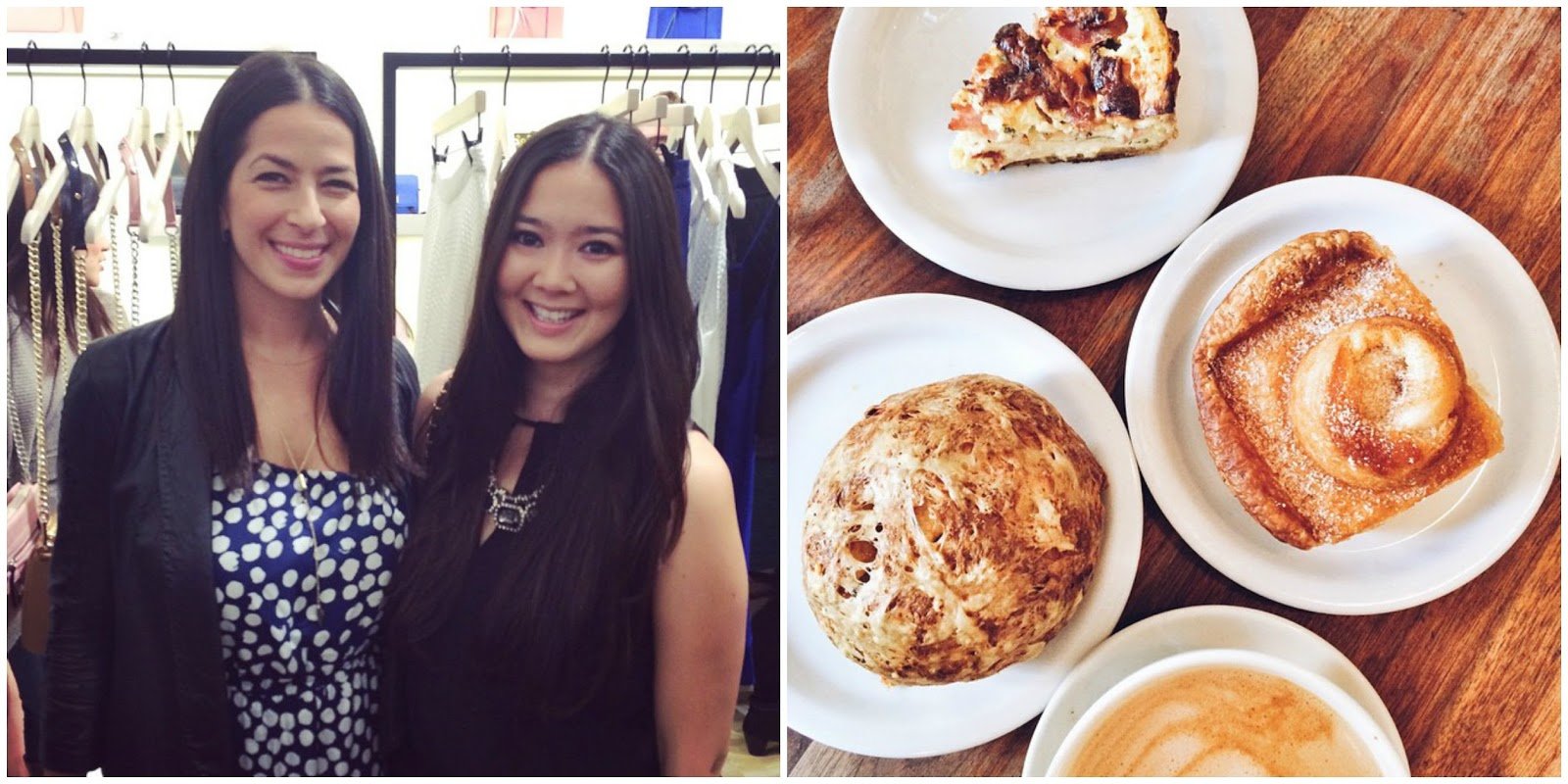 Met Rebecca Minkoff at her store opening on Fillmore.
Yummy treats at Tartine. 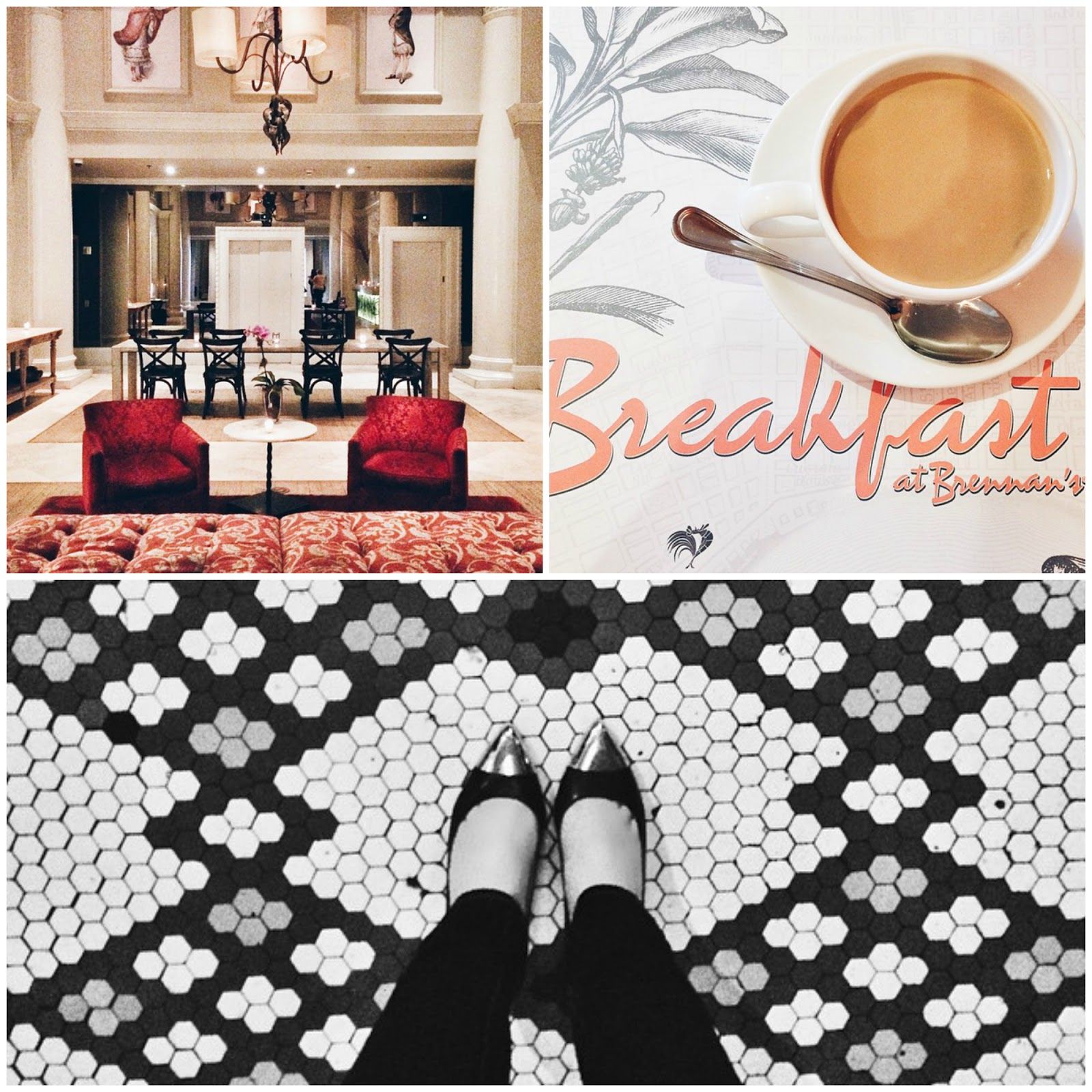 Checkin into our adorable boutique hotel in New Orleans!
Classic NOLA brunch at Brennan’s. We seriously sat there and ate for three hours. Amazing.
Pretty tile patterns at Arnaud’s. 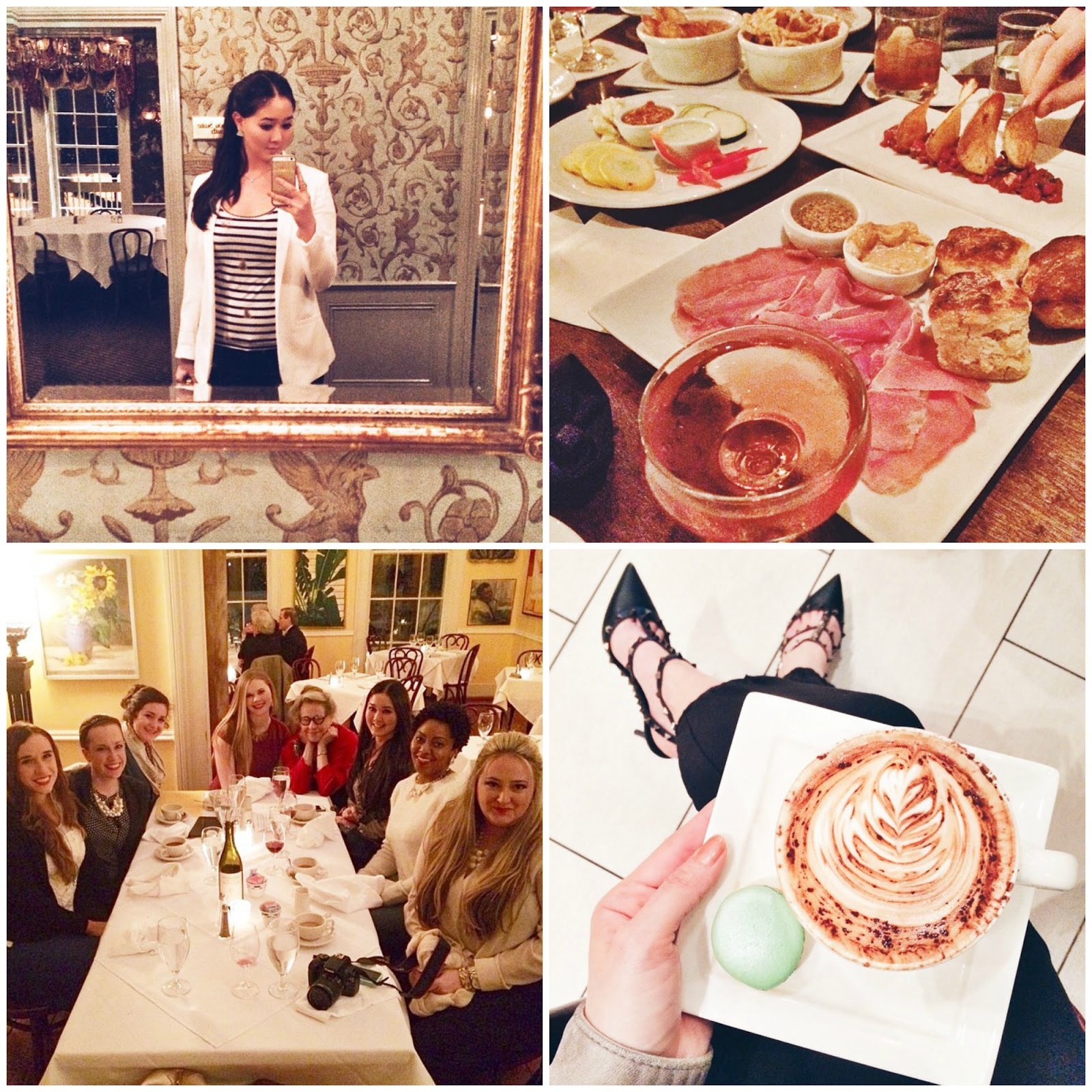 After eating at Arnauds, we got a tour of the entire restaurant and gorgeous house. The rooms were so beautiful! You can shop my look here.
Delicious bites at Cure.
Last dinner in NOLA with all the blogger gals!
King cake macaron? How could I say no? Shop the look here. 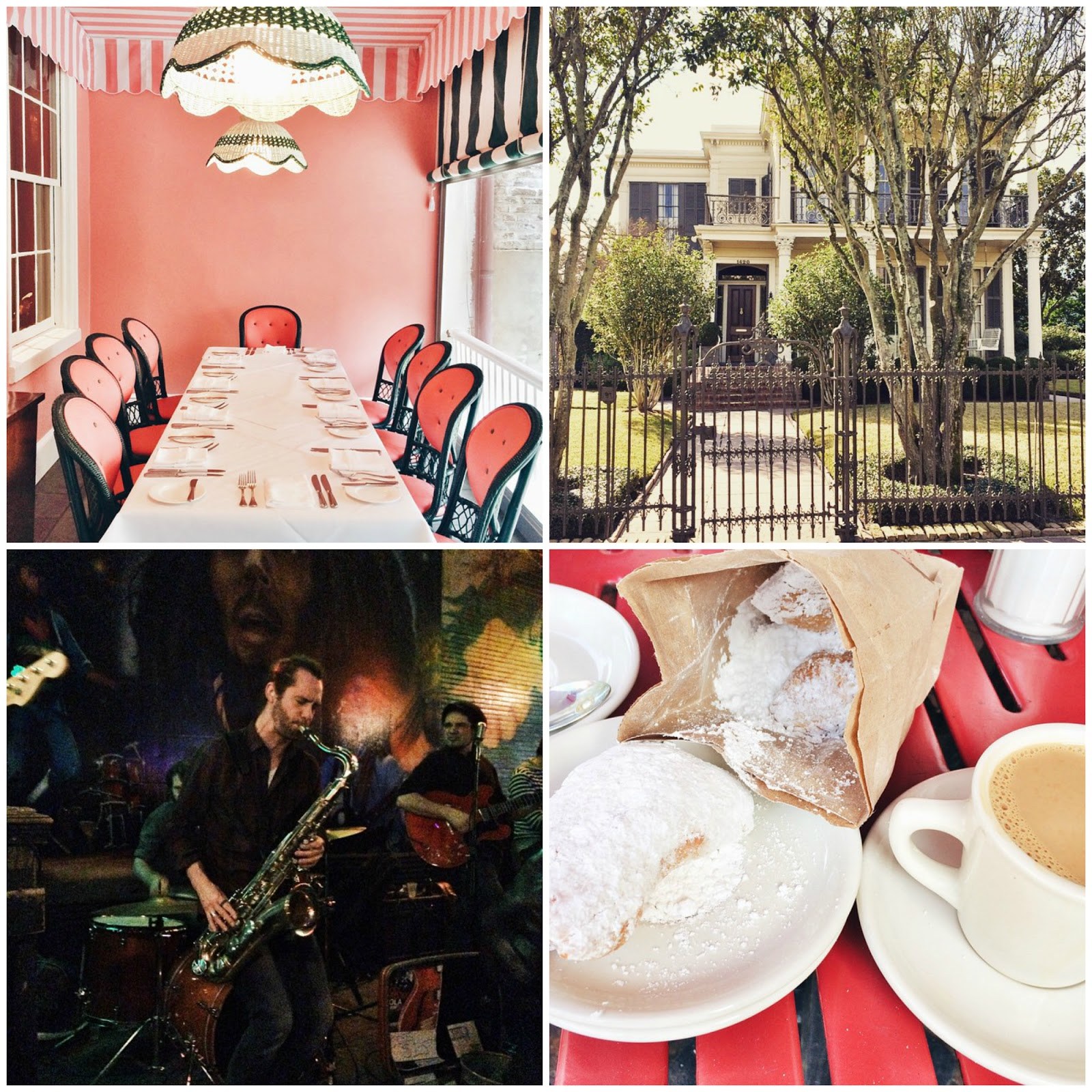 So in love with this porch at Brennan’s. It’d be perfect for a bridal shower brunch!
Gorgeous houses in the Garden District. This one is where Peyton Manning grew up.
Blown away by this sax player at a bar in the French Quarter.
Beignets and cafe au lait. Nomz x10.

Leaving NOLA and off to Austin!
Immediately got a giant basket of BBQ upon landing in Austin.
So many boots at Allen’s Boots. 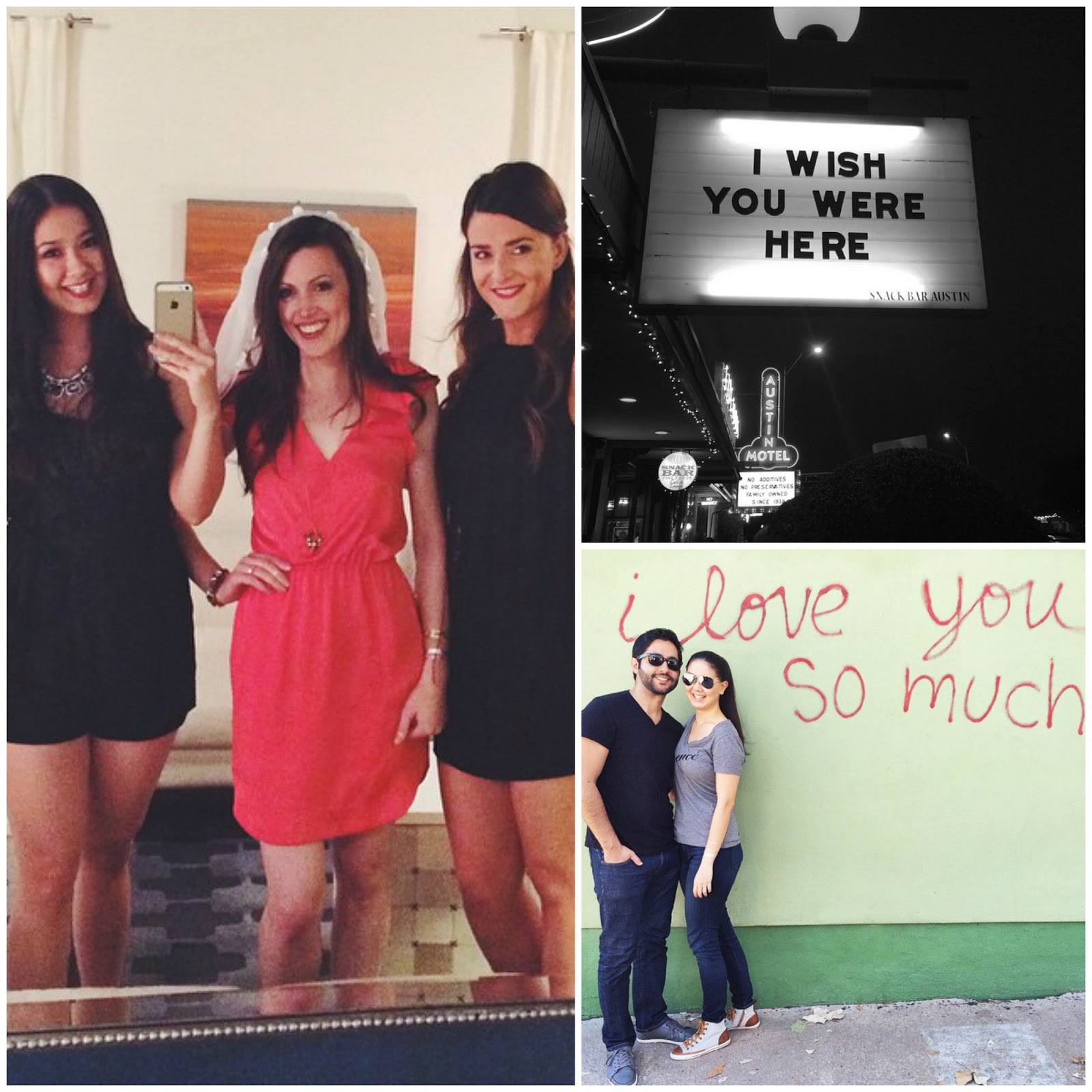 Going out on 6th Street for a bachelorette night!
Cute love notes on South Congress.
<33333 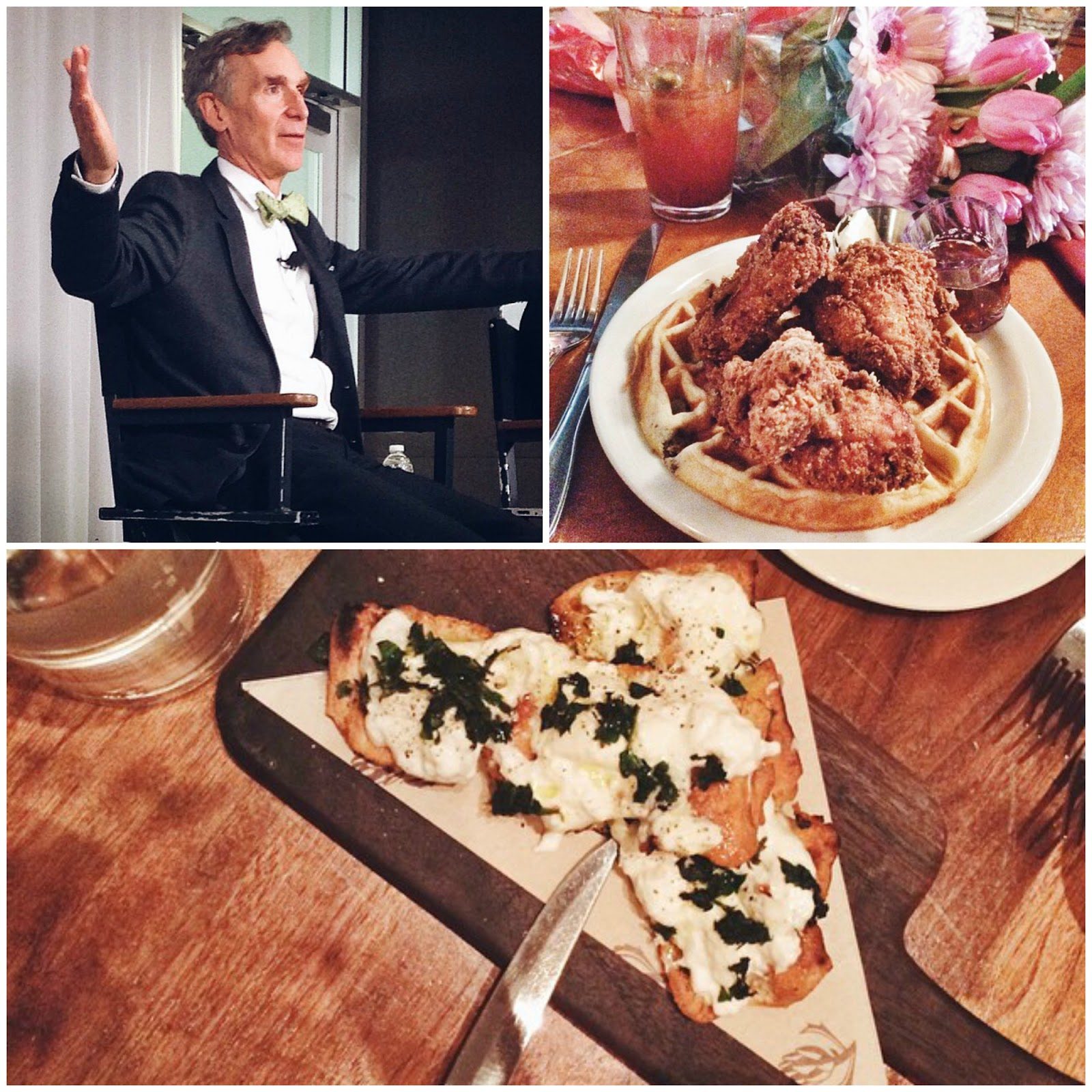