The Twittersphere was ablaze with tweets about Michelle Obama’s gorg Tracy Reese dress, #DNC2012. And who can blame us? She looked stunning, elegant, classy and like a HBIC all wrapped into one deliciously pink dress. 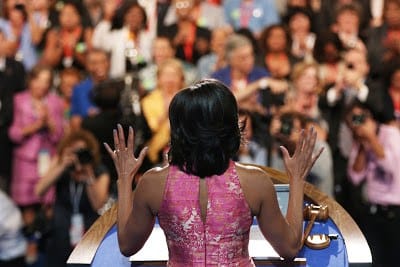 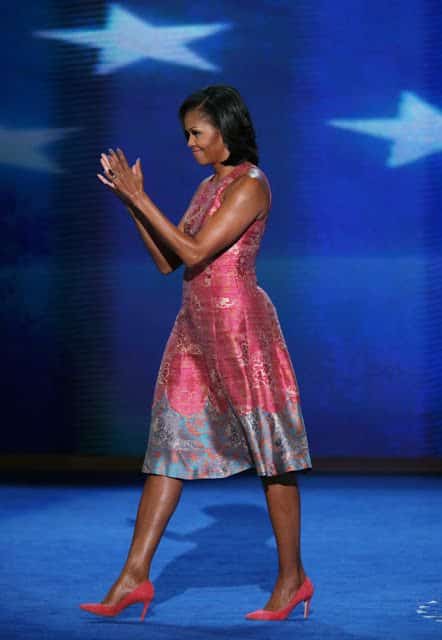 Here’s what people on Twitter had to say about it:

Now GOPers are bitching bc Michelle Obama’s dress cost $350? Does Ann Romney even have a pair of shorts that cost less than that??
— davyb (@cuteliberal) September 6, 2012

That sound you hear is all the reporters scrambling for adjectives to describe Michelle Obama’s dress.
— Indecision (@indecision) September 5, 2012

Said to my wife referring to Michelle Obama’s dress, “I like a little color in my 1st lady,” then realized what I’ve said 🙂 #DNC2012
— Artem Altman (@ArtemAltman) September 5, 2012

And last but not least, my two favorite tweets:

Will I lose my Feminist Card if I say how much I love Michelle Obama’s dress?
— Ruth R (@bookofruthless) September 5, 2012

I know this is meaningless in the grand scheme of things, but I love Michelle Obama’s dress.
— Jen Connic (@jenconnic) September 5, 2012

The first, because it made me laugh. The second, because it’s completely true. It was far more important that Michelle’s speech was powerful and moving. And I loved hearing her openly discuss her support for gay marriage. So cool.
P.S. Someone get me MO’s arm workout routine, stat.
P.P.S. Did you catch her lavender nails? Love.